Now I am become Romney, destroyer of jobs 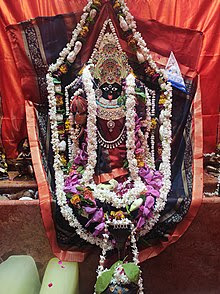 When J. Robert Oppenheimer saw the first nuclear bomb explosion, he later said a verse from the  Bhagavad Gita: "Now I am become Death, the destroyer of worlds."

I think of that when Mitt Romney talks about how his business expertise will help him increase employment in this country.

Has Mitt Romney ever created jobs? His business experience was with Bain Capital Management, which tends to buy a company that has been making money, load it up with debt to pay Bain's big fees, then cut employment and sell before revenues crash.

I've created a few jobs in my day. I started a business and hired people to work for me. I hired them because they created value with their labor, and I got part of that value because I organized the business so that their labor could create value. That's how business works, and why it's a creative enterprise rather than a zero-sum game. It's also very different from the deals Romney helped structure.

Consider the case of Dade International, an Illinois medical devices and sales company.

"Bain and a small group of investors bought Dade in 1994 with mostly borrowed money, limiting their risk. They extracted cash from the company at almost every turn -- paying themselves nearly $100 million in fees, first for buying the company and then for helping to run it. Later, just after Mr. Romney stepped down from his role, Bain took $242 million out of the business in a transaction that, according to bankruptcy documents and several former Dade officials, weakened the company."

Bain also laid off 1,700 people before selling the business, and quadrupled its debts. Everything it did enriched Bain, and although Bain managed to dress up the balance sheet to make the business salable,  they did not run it to create more value. They doubled the company's sales by buying up rivals, which added to the company's debt. And Bain is still using the system Romney helped design.

Bain bought Clear Channel, the profitable radio company notorious for its cost-cutting measures, and loaded it up with debt, then laid off, as near as I can tell, about 3,000 people.

Why haven't they sold it? Maybe prospective buyers have learned to look a little more closely at properties offered by Bain for that green weenie in the fridge. After all, would you buy a company from Gordon Gekko?

I remember the '80s and '90s. When companies that did not carry a huge load of debt were always a target for takeover artists like Romney. Takeover artists may have been heroes on Wall Street, but they were never accused of creating jobs.

Contrast that to entrepreneurs like Bill Gates. Gates and his partner, Paul Allen, took a tiny company and turned it into a behemoth employing 96,000 people by 2000. Bain makes it difficult to find out how many jobs have been added and how many they've destroyed, and I assume they do so for good reason.

After all, destroying jobs and piling up debt is how the last Republican president operated. Romney and his buddies at Bain wouldn't want you to know that he had the exact same record in business as George W. Bush did as president.

There's a controversy, it seems, about whether it is a better strategy for the Obama campaign to portray Mr. Romney as a flip-flopper or a hard-right ideologue. Neither captures the man's defects. All that is needed is to tell the public his record. Romney knows how to make a business have more debt and provide fewer jobs. What do you think, do we want our country to have more debt and fewer jobs?