The first anniversary of my father's death

Thanks to all who have visited my father's eulogy on the first anniversary of his death. For those who haven't seen it, it's here.

My father was a lover of poetry, so I've composed some doggerel in his honor: 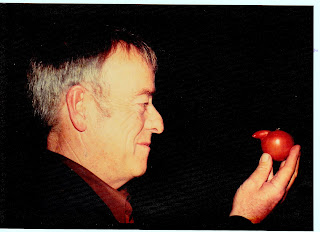 On the first anniversary of the death
of Lt. Col. John L. Watkins, USAF
practical navigator and loving husband and father

A high brow, a sharp eye, a quick wit, a hooked nose,
we fondly remember those.
You seldom spoke of the horrors you'd seen
or the dangers you chose
to face for your country in three wars
that I know left invisible scars
When you spoke of the places you'd been
or how you had followed the stars
It was adventure, humor, and wonder
you brought back from the blue yonder