The irony of the surveillance state

Video cameras seem to be everywhere. If you'd told civil libertarians that 50 years ago, they would 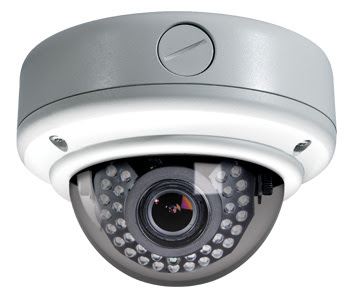 have assumed that this would restrict the freedom of ordinary people.

In fact, the message that the technology of ubiquitous video would lead to a police state was essential to the plots of 1984 and THX1138, as well as many other works of fiction such as Minority Report and A Scanner Darkly.

But instead, it seems to be working against authority figures. Consider this:

On Nov. 22, 2014, Officer Timothy Loehmann, 25, of the Cleveland Police department shot Tamir Rice, a 12-year-old child who had been playing with a toy gun. Loemann and his partner, then 46-year-old Frank Garmback told a story that seemed to justify the shooting.

They said that Rice was at a table with other people.

They said as they pulled up, Rice grabbed a gun and put it in his waistband.

They said they got out of the car and told Rice three times to raise his hands, but he refused.

They said Rice pulled the pistol and Loehman responded by shooting him.

Those four statements, if they were true, would get Loehmann off the hook. But what the officers did not know at the time they made those statements was that a surveillance camera  captured the entire incident.

There were no other people.

Rice already had the toy gun in his waistband.

Rice never removed the toy from his waistband.

The officers got their story straight, and told a tale that would have justified Loehman's action. 20 years ago, that would have been the end of it. But the ubiquity of video tripped them up, and although they have since had independent reviews rule that they were justified in shooting, this is not going to look good when the wrongful death suit goes to court. Nor is the four minutes they spent doing nothing in the way of first aid for Rice, who died the next day. All they did was throw his sister to the ground when she arrived, distraught.

And additional footage, this time with audio, has surfaced. In it the girl can be heard wailing "you shot my baby brother." This is important, because one defense of the officers' actions was that they had no way of telling that she was the sister of the boy Loemann had just shot.

This sort of thing keeps happening. Michael Slager, a North Charleston, South Carolina, police officer didn't think he was being taped when he shot a man named Walter Scott, who was attempting to run away from him. Slager had pulled Scott over for a broken tail light. Scott fled, Slager chased, they tussled, Scott fled again, and Slager fired eight shots, hitting him five times. They he want back to where they tussled, picked something up, and went back and dropped it by the body.

Shooting a fleeing, unarmed man is illegal. The only way it's legal to shoot a fleeing suspect is if he might be a threat to others, the shooting could be justified. Therefore, in the review of the shooting, it would matter a great deal whether he was armed.

Slager didn't know a bystander was shooting a video of the last part of the incident. Slager claimed Scott had taken his Taser, and he therefore feared for his life. Had Feidin Santana, who shot the video, simply been a witness to this alleged deception, the authorities would simply have preferred to take the officer's word for what happened. The prevalence of video made it impossible to paper over what had happened.

In 2013, a complaint stated that Slager had Tasered a man without cause. Slager was cleared, even though the alleged victim and witnesses to the incident said they had not been interviewed.

Santana had considered erasing the video and leaving town, because he feared retaliation if the video came out. It is clear that police do not like being filmed. Police have on many occasions ordered people to stop filming, or even seized telephones and deleted footage. A bill in Texas would have made it illegal to video the police, but was withdrawn amid public backlash.

Why didn't ubiquitous surveillance turn out as 1984 or THX1138 foreshadowed?

Simple. The state did not manage to get a monopoly on surveillance. The police in the Tamir Rice case were caught on security cameras, which are common at businesses, non-profits, and public buildings. The policeman in the Walter Scott case was caught on smartphone video.