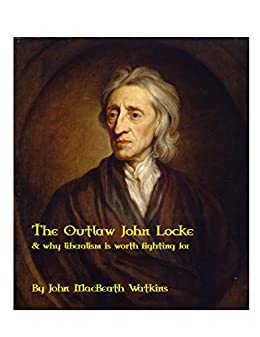 Preface: A republic, if you can keep it

America is the most successful large Utopian experiment of all time.

The events of Jan. 6, 2021, showed how easily we could lose the benefits of that experiment. President Donald Trump had rescheduled a rally nearby to occur shortly before Vice President Mike Pence was to go before congress and certify the election of Trump's replacement, Joe Biden.

Trump directed his followers to march to the Capitol Building, where Pence was to engage in the ceremony. They marched to the building, set up a (not very well built) gallows, overwhelmed the police guarding the Capitol Building, and invaded the building. Some seemed to be there on a lark, others came in full G.I. Joe cosplay, equipped with Flexcuffs and communications gear, apparently ready to take congressional representatives and senators captive. The Capitol Police succeeded in evacuating the elected officials, and only five people died in the attempted putsch, none of them elected representatives or senators.

They were attempting a sort of counterrevolution. The United States of America was an effort to find a better, more rational way for people to govern themselves than the ethno-religious states that had preceded it. When Trump's followers said they would 'make America great again,' what they aspired to was a nation dominated by Christian Whites. Yet the Constitution, in the Bill of Rights, said there would be no establishment of religion. Those claiming America is a Christian nation have probably forgotten the evils of an established church, which at one point led Christians to burn booksellers for selling English-language Bibles (see Chapter 13.)

It is no coincidence that the Jan. 6, 2021 riot, or attempted putsch, or whatever it was (I favor the term 'beer belly putsch,' but I doubt that will make it into the Associated Press stylebook), happened at a time when Whites and Christians were both declining as the defining groups in American identity. As long as those groups dominated, it was easy enough to paper over one of the most radical aspects of the American experiment, the fact that the country was not based on ethnicity or religion. It now begins to appear that the next effort to paper over that radicalism will be an attempt to entrench minority rule by disenfranchising people who are not part of the concurrent White Christian majority as it fades into minority status.

The entire premise of the attempted putsch was silly. Had the participants managed to "hang Mike Pence," the intention they chanted, and prevented him from formally recognizing that Joe Biden won the presidential election, Biden would still be the president-elect, and Trump would still be the loser. It's as if an aspirant to power had heard of "seizing the throne" and decided that possession of the right piece of furniture would give them power over all the land. But however delusional the putsch may have been, the intentions behind it are tearing America apart.

Nick Fuentes, leader of the Proud Boys, one of the groups that was accused of organizing the putsch, followed the keynote speech at the Conservative Political Action Conference about six weeks later with a speech in which voiced support for the putsch. He explained the goal of the participants this way:

“If [America] loses its white demographic core … then this is not America anymore,” the AFPAC founder told the crowd. Fuentes went on to praise the Capitol attack, boasting about it leading to a delay in the certification of the election results. “While I was there in D.C., outside of the building, and I saw hundreds of thousands of patriots surrounding the U.S. Capitol building and I saw the police retreating … I said to myself: ‘This is awesome,'” Fuentes said to the applause of the crowd… “To see that Capitol under siege, to see the people of this country rise up and mobilize to D.C. with the pitchforks and the torches — we need a little bit more of that energy in the future,” he said.*

For Fuentes and his comrades, America would not be America if it were not ruled by White Christians. But this was not the essence of the American revolution.

When the Constitutional Convention of 1787 was wrapping up, Elizabeth Willing Powell, who maintained a salon that attracted some of the brightest minds of the age, asked Benjamin Franklin what sort of government the delegates had come up with, a monarchy or a republic. Franklin famously replied:

“A republic, madam, if you can keep it.”

It is now fashionable on the right to tell people that America is a republic, not a democracy, as a justification for making the country less democratic. They usually quote James Madison as authority, even though Americas is generally considered a pioneer among what are now called liberal democracies. Madison, in fact, made it very clear that what he opposed was direct democracy, in which people vote directly on every political issue. He was a believer in elites, and advocated elected representatives. When he helped found a political party, it was called the Democrat-Republican Party, embodying two ideals he held dear. For short, I will be referring to the system of liberal democracy as liberalism. It is a system based on social contract theory. The idea is that the government gains its legitimacy from serving the people it governs, in a social contract periodically renewed by elections in which the people may choose to keep their current representatives or elect new ones.

Up until America's founding, most nations were made up of territories where a majority of people belonged to one ethnicity, whose language, religion, customs, and appearance were similar enough that people could recognized their fellow citizens as "one of us." This was one of the major differences between nation states and multinational empires such as the Austrian, Persian, or Roman empires. Ethnic homogeneity had become the new requirement for a coherent political unit.

In contrast, consider this charge against King George III listed in the Declaration of Independence:

He has endeavoured to prevent the population of these States; for that purpose obstructing the Laws for Naturalization of Foreigners; refusing to pass others to encourage their migrations hither, and raising the conditions of new Appropriations of Lands.

Not only were they building a new country not based on ethnicity, America's founding fathers were upset that the king was not allowing them to encourage people who were not English to come to this land and become citizens.

America was founded not as an ethno-religious state like those of Europe, but as an experiment in building a society based on reason. Americans would have no king, no nobility, no state religion. People could worship as they saw fit, they could speak their minds, and they could select their leaders -- or, should they find their leaders needed to be removed, they could remove them without violence. The American constitution provides two ways of removing a bad president, elections and impeachment. In adopting impeachment, they were following the example set in the English Civil War, when Charles I became the first head of state to be impeached. The theory was that there might be a need to remove a head of state between elections, either before they could do more damage, or because they had corrupted the means of replacing them by election. Locke argued that people have a right to revolution when a bad leader could not be removed by other means, and the American constitution was written to make revolutions unnecessary.

There was nothing else like it in the world. There had been democratic and republican states in the ancient world, but not states without a state religion. Even the Netherlands, governed as a republic after 1649 and considered a bastion of free speech, was an ethnically homogeneous state founded in a war between Catholics and Protestants.

There are countries where more than one language is spoken, such as Switzerland and Belgium, but America never has had an official language. The Pennsylvania Dutch (ethnically Deutsch, that is, German) developed their own version of German. Our 8th president, Martin Van Buren, spoke Dutch as his first language, as did most of the residents of Kinderhook, N.Y., where he grew up (he was the first president born after the American revolution, therefore the first president born an American citizen.) Thorstein Veblen, one of America's most famous academics and the inventor of the concept of conspicuous consumption, spoke Norwegian as his first language and only started to learn English when he went to school (he was born in Wisconsin to Norwegian immigrant parents and had plenty of Norwegian-speaking playmates.)

And as a bookseller, I frequently get old books in German that were published in Chicago, because many German-speaking communities in America wanted books in their language.

The term “melting pot” was not at all common until about Word War I, when war propaganda made preserving German culture less popular.

The truth is, 18th and 19th century America was more multicultural* than melting pot, which was fine, because America was not founded to be an ethnic or religious state. It was intended to be a bold experiment to find a better way for humanity to live together, to reduce conflict and increase happiness. Consider the second paragraph of the Declaration of Independence:

We hold these truths to be self-evident, that all men are created equal, that they are endowed by their Creator with certain unalienable Rights, that among these are Life, Liberty and the pursuit of Happiness. — That to secure these rights, Governments are instituted among Men, deriving their just powers from the consent of the governed, — That whenever any Form of Government becomes destructive of these ends, it is the Right of the People to alter or to abolish it, and to institute new Government, laying its foundation on such principles and organizing its powers in such form, as to them shall seem most likely to effect their Safety and Happiness.

No medieval monarch would have recognized this as a proper way of governing. The sovereign served God, not the people, and God's earthly representatives gave their approval (or not) to the sovereign's reign.

We have lived so long by the founders' principles that we no longer appreciate how unique the experiment is. Faced with enemies who wish to frame conflicts in ethnic and religious terms, some wish to respond in kind instead of playing to America's strengths, such as a tolerance of differences that allows us to absorb instead of conquer, and a freewheeling, vibrant culture that attracts others, instead of subjugating people outside of it.

Keep in mind during our journey, those who held these ideals were human, inconsistent, and as prone to failures as we who live today. But ideas have their own life; they spread and grow more like a forest than a subdivision, not because of coordinated effort but because they found fertile minds.

*Although the term 'multicultural' did not become current until the 1970s.