Even the weariest river rolls somewhere safe to the sea 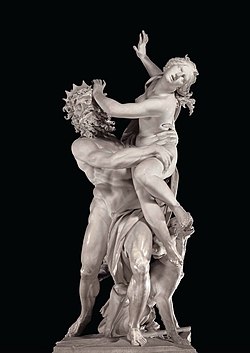 On hearing the above words, my thoughts went to Ecclesiates, my favorite book of the Bible. I'm particularly partial to Theodore White's version of the first couple lines;

Vanity of vanities, all is vanity
and shepherding the wind.

I've spent my career among journalists and booksellers, and the management of these might be called shepherding the wind. Yes, well, give that North wind a quick bop on the nose, that will get him to mind.

But those opening lines were written by Algernon Charles Swinburne in 1866. I hesitate to mention this, because readers of this blog are the erudite and decadent sort who probably already know this, but in college Swinburne chose to hang out with the pre-Raphaelites, which means, of course, that he was born more than 300 years after the death of Raffaello Sanzio da Urbin, a high Renaissance painter.

He was a decadent poet (though no less expert on decadence than Oscar Wilde claimed he greatly exaggerated his tendency to vice) and was writing, in the poem "The Garden of Proserpine" (Proserpine is better known as Persephone, portrayed in the Bernini sculpture at left) about the pagan Goddess of springtime. So of course, his language makes me think of the Old Testament, King James version, which owes a lot (as do we all) to William Tyndale's translation of the New Testament and much of the Old Testament, brutally suppressed by Henry VIII. Hank8, not long after Tyndales' death at the hands of Henry's agents, decided he wanted his own translation, so he hired a hack who used Tyndale's suppressed translation and the work of other scholars to produce the Great Bible. Henry the Eighth had the Bible chained to the pulpits of those priests who he had not already killed, to be interpreted by them.

Tyndale made some controversial translation choices (in translating the Bible, who could fail to be controversial?) but his scholarship and prose style made his work the basis for all subsequent English translations of the Bible.

His was a translation so influential, we can hear its echoes in a decadent poet writing about a heathen Goddess, hundreds of years after his death.

And don't wait on his resurrection. Tyndale's remains were burned, so there would be no body to be resurrected on Judgment Day: His censors were not the forgiving kind. Just as well that he lives on in our language and our ways of thought.
Email Post
Labels: poetry