Forgot my camera, but I took some pix with my cell phone: 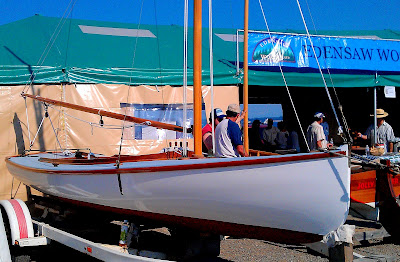 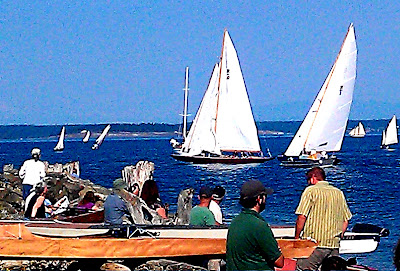 R-boats tacking close to shore after the beginning of their race on Saturday. Aloha has finished her tack, as has Lady Van, out of view behind Ace, which is in the act of tacking. Ace managed to pass Lady Van on the weather leg, only to be passed again under spinnaker. Pirate was out of the picture, both literally and figuratively, because she had trouble with the pawls in the port winch. Lady Van continued her winning streak. Ace was the first to sail back into port: 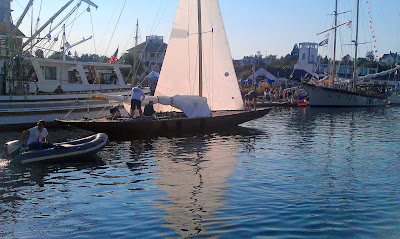 The Schooner Cup was the same day, giving us a nice view of the Martha tacking close to the breakwater: 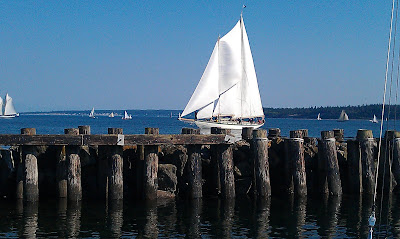 Had a nice visit with David Smith aboard his Pete Culler cutter, Silva Bans, which he rebuilt after it had suffered substantial rot. His tiller is a tree branch: 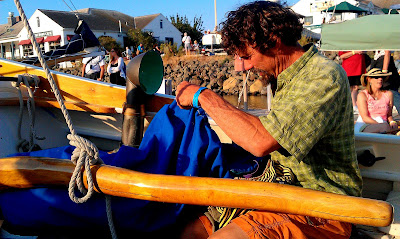 David kindly offered to take me out in his wonderful Swampscott dory, Chesuke, but I wasn't able to make it. Next time, David!

I'm going to cheat a little. Here's the Silva Bans on Lake Union, where I had a better shot of her: 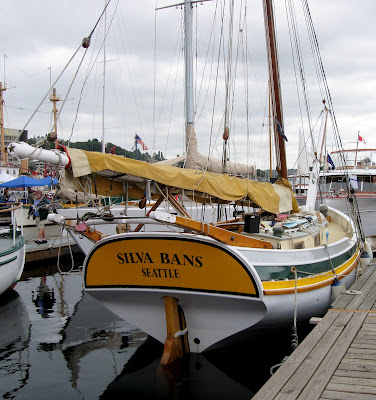 And of course, how could we leave out James McMullen's Rowan? 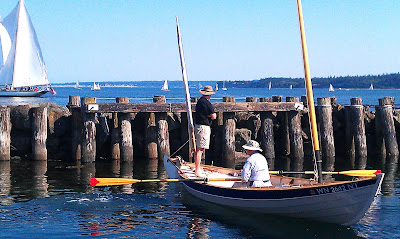 The general scene off the beach on Saturday: