Jonathan Chait, writing in New York magazine, has invented the term "peeliever" for those who believe the notorious "pee tape" of President Trump watching hired prostitutes pee on each other on the bed that President Obama and his wife had slept on during their visit to Moscow.

There's plenty of levity about this, and a twitter hashtag for #peeliever . But the tape isn't the main problem, and the matter has serious implications.

We know that two women say that they have been paid to keep their silence about having sex with Donald Trump. Steve Bannon, formerly a top aide to Trump in the campaign and the White House, claims there were "a hundred." I think we can safely say with some confidence that the number of women who have been paid for their silence is somewhere between two and infinity.

And Trump has also used non-disclosure agreements extensively in his business dealings and with his White House staff. The number of people who have information they have sworn not to reveal about President Trump is unknown to the public, and he probably doesn't even have a precise count in his own head.

This means that there is a lot of information our president doesn't want revealed. We don't know how much of this is about sex and how much is about financial dealings that might not look good in the light of day. We do know that it is highly unlikely that he has managed to keep all of his secrets from foreign intelligence services.

And there's no point in paying someone for their silence unless the information is damning enough that you could be blackmailed over it. So, we have a president who has been compromised. Vladimir Putin doesn't need to have actual tapes of the alleged incident involving the prostitutes to have a hold on Trump. There are a thousand other things he could hold over the man. Personally, I've tended to believe that what Putin knows that is most damning is financial, rather than sexual. If he knows something that could bring down Trump's little empire, that would probably give him a firmer hold over Trump than anything sexual.

Trump tried to set a "red line" that investigators would not cross, that line being investigation of his finances. Robert Mueller is not the sort of man to be stopped by rhetoric, so it appears that he has begun looking into the president's finances.

So, perhaps at some point, Americans will know what Putin knows.

As to the president's sex life, it's a little hard to know what public disclosures could bring him down. We've known since the Jefferson administration that fathering illegitimate children does not disqualify one in the eyes of the voters. We know this because Jefferson's opponents in the press were not shy about revealing his relationship with Sally Hemmings. (Hemmings was the mixed-race half-sister of Jefferson's late wife, fathered by Martha Jefferson's father, John Wayles, with one of his slaves. Sally's mother Betty and her children, who were Wayles as well, were given to the couple by Martha's father. There was some seriously messed up stuff going on in those days.)

From an article published Sept. 1, 1802, written by James T. Callender:


It is well known that the man, Whom is delighteth the people to honor, keeps and for many years has kept, as his concubine, one of his slaves. Her name is Sally. The name of her eldest son is Tom. His features are said to bear a striking though sable resemblance to those of the President himself. The boy is ten or twelve years of age.

Jefferson was already president when this was printed, and was re-elected despite it. In any case, it had been an open secret prior to Callender's articles.

Grover Cleveland got elected despite the publicity his opponents gave to the fact that he had fathered an illegitimate child. Further, the woman who had that child claimed that he had raped her.

And, of course, Bill Clinton got elected and re-elected despite a series of allegations of sexual misconduct. 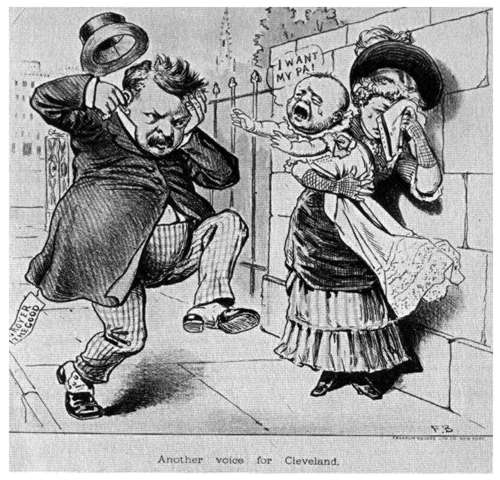 But here's the problem. We know about the sexual misconduct of Jefferson, Cleveland and Clinton in part because none of them went to the lengths Trump has to keep matters secret. You can't blackmail someone by threatening to reveal something that's on the front page of every newspaper in the country.

The fact that Trump has used non-disclosure agreements and his allies at the National Inquirer have been willing to buy and kill stories means that there is a lot of derogatory information about him that isn't public.

We should therefore take his denials about the pee tape, and other aspects of his sex life, with a pillar of salt, not just a pinch.

The man has plenty of secrets, and if foreign intelligence services don't know a lot of them, they are not doing their job. He may have been the right candidate to win the presidency, but he's a lousy candidate for a security clearance, and that means he's a danger to his country.