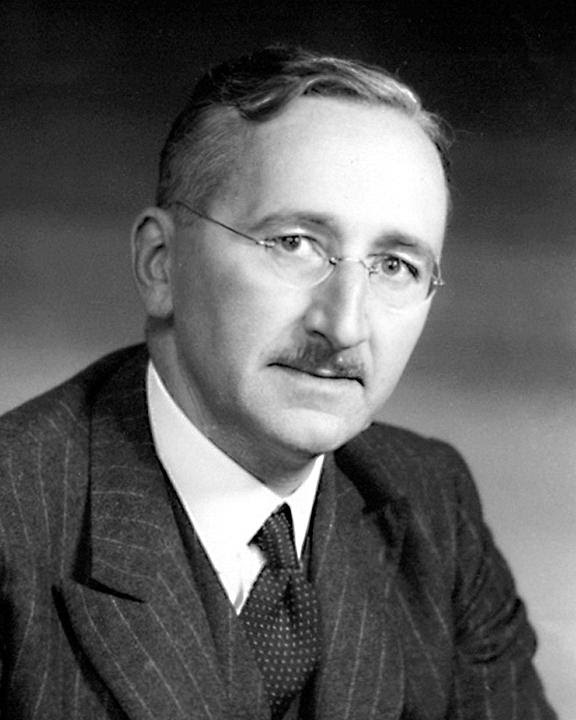 Some years ago, my father told me that he thought Friedrich von Hayek was the most influential economist of the 20th century.

I was a bit bemused. John Maynard Keynes, maybe, or Milton Friedman, but Hayek? He was wrong about the policy prescriptions for the Depression, while both Keynes and Friedman had important insights into that great economic disaster. He's best known for The Road to Serfdom, a book that deals with political philosophy and history rather than economics.

I've read it. He claimed that the autocratic regimes of Hitler and Mussolini were evolutions of socialism and social planning, and the best defense against such monstrous regimes was a class of business property owners. Which is a very weird argument, because Hitler and Mussolini were supported by the business interests, the German Mittelstand lasted through the war and bid on Nazi contracts, while it was the Social Democrats who got arrested.

How could he get the history wrong when it was right in front of him? And how could he gain a reputation as the 20th century's greatest economist without being anything like as influential as Keynes or Friedman?

Because it wasn't just my dad, it was and is a large part of the conservative electorate who thinks of Hayek this way. And at last, David Warsh at economicprincipals.com has given us a little history of how this happened and why it ain't right. It also has a rather devastating take on The Road to Serfdom.


"The Road to Serfdom, which appeared in 1944, was an embarrassment. Instead of adopting anti-utopian fiction, as George Orwell did four years later, in Nineteen Eight-Four, Hayek actually argued in the middle of World War II that “it is Germany whose fate we are in some danger of repeating.”  Lumping together the more ambitious vision of post-war Labor governments with altogether more modest efforts at reform that soon would be dubbed “the mixed economy,” Hayek wrote, “[D]emocratic socialism, the great utopia of the last few generations, is not only unachievable but to strive for it produces something so utterly different that few of those who now wish it would be prepared to accept the consequences.” Reader’s Digest excerpted it in the United States, and many of those who voted for Thomas Dewey in 1948 may have read it there.  But it did Hayek’s reputation as a scholar a great deal of harm."

When the University of Chicago hired Hayek in 1950, it did not do so in the economics department, because Milton Friedman was not a fan of Hayek's economics. Hayek instead got a position on the university's Committee for Social Thought. Hayek had essentially stopped being at all influential in economics. He shared a Nobel Prize in 1974 with Swedish economist Gunnar Myrdal, whose work, published mainly in Swedish and German, anticipated Keynes.


Margaret Thatcher was a fan, and Warsh describes Hayek's return to prominence:

'The recognition of the Nobel added years to Hayek’s life, at least in the view of those who knew him. (He adamantly denied that the award had anything to do with his longevity.) But it was Margaret Thatcher who plucked him from scientific obscurity and put him at the head of her parade. She had read Road to Serfdom while studying chemistry at Oxford, Wapshott says.  He describes the scene when, soon after assuming leadership of the Conservative Party, in 1974, “meeting with the party’s left-leaning research department, she reached into her bag and slammed a copy of Hayek’s Constitution of Liberty on the table. ‘This is what we believe!’” Photo ops with with Ronald Reagan followed, and Presidential Medal of Freedom in 1991.'

Intellectuals have more than one possible role. Most think that the most important is the discovery of truth, but then it comes to publicity and money, a more important role is justifying things that the rich and powerful want to do.

It is in that role that Hayek has had his greatest success.

My posts on Hayek, by the way, are here: