Game theory, the fiscal cliff, and the continuation of war by other means

Wonkblog has an excellent piece by Dylan Matthews on the negotiating style President Obama learned at Harvard.

The president studied a system developed by Harvard's Roger Fisher called  “principled negotiation.” The name should give you some clue as to why it's difficult to apply to congress. 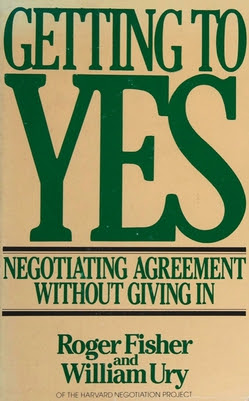 Fisher expounded on this system in an important and popular book on negotiation called Getting to Yes. The broadest principle of this book is that negotiations need not be zero-sum. Often, you can make the pie bigger if you don't focus excessively on the distribution of the spoils. Wikipedia has a useful outline of the ideas Fisher said could achieve those goals.
Now, there's a historic reason that won't work, and it goes back a couple generations, to a time when the very nature of the Republican Party was being reshaped by one of our most reviled former presidents.

Richard Nixon, Lee Attwater and others remade the Republican party with a Southern strategy designed to take away whites disaffected from the Democrats because of the civil rights legislation pushed through by Lyndon Johnson, and a wider tendency for Democrats to back the civil rights movement.

In fact, one of the methods Pat Buchanan proposed in a memo to Nixon for splitting the Democratic Party was to start rumors that they'd have a black man on the ticket. Well, the Democrats themselves have now made that dream come true twice, with results the Republicans haven't cared for.

So you can forget about item one, "Separate the people from the problem." To a surprisingly great extent, Republicans see the president as the problem, and defeating and humiliating him is perhaps their most important goal entering the negotiations.

Item two, "Focus on interests, not positions." President Obama has shown time and time again that he's willing to show flexibility on his positions. In the negotiation about health care, he tried to separate himself from the problem by letting legislators do the negotiation, and shifted the Democrats' position to almost exactly what the Republicans' position had been during health care negotiations in the Clinton Administration.

The idea here, clearly, was to make a bigger pie. The Republicans could claim a victory for their ideas, while Democrats could get more equitable disribution of health care.

But the interest of the Republicans was not in ideology. Nor was it in taking partial credit for making America a better place to live. As Mitch McConnell clearly stated at the beginning of Obama's term, their chief interest was in making Obama a one-term president.

While Obama engaged in the most self-effacing negotiations possible for his goal, in keeping with item one on Fisher's list, Republicans did their best to make negotiations about Obama. They used this strategy successfully in fighting what they called "Hillarycare," so it should be no surprise that they trotted it out again for what they dubbed "Obamacare."

Solving the nation's problems with market-bases solutions may have been their publicly expressed interest, but in the fight over the legislation they showed this was not the case. They proved far more interested in issues of power than in what an academic might dub issues of substance.

This is because what we are looking at is not a business negotiation. In business, you go for deals that you gain by, and if the other fellow gains by them as well, so much the better, because that business will remember, and want to deal with you again. Businesses working together this way create value, which is much better than a zero-sum game.

We are looking at something more akin to warfare. In war, especially a war of attrition, you engage the enemy even knowing you will pay a price for doing so, provided you can cause more damage to the enemy.

And why is it a war? Because it is, for so many on the right, about positional status. Carl von Clausewitz, in his book On War, said:


24. WAR IS A MERE CONTINUATION OF POLICY BY OTHER MEANS.

We see, therefore, that War is not merely a political act, but also a real political instrument, a continuation of political commerce, a carrying out of the same by other means.


American politics might be described as the continuation of war by other means. I've posted these two maps repearedly: 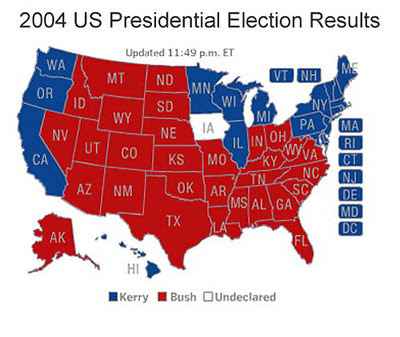 Yet another, perhaps more applicable to our present situation, is to say that it was about the positional status of different groups of people. We could say the same about segregation, the Jim Crow laws, and mechanisms intended to keep black people from voting. You could also say this about the civil rights movement, the Civil Rights Act, the Voting Rights Act, affirmative action, the womens' rights movement and the gay rights movement.

One thing about positional status, it is a zero-sum game, and it is the game of power (a game of thrones?) Perhaps it is ironic that in terms of negotiation, liberals are inclined to treat the nation's business as a business, while conservatives, who profess great admiration for business, have treated it as warfare.

Specifically, it is tribal warfare. In the 2012 presidential election, 72% of the voters were non-Hispanic whites. Among those voting for Mitt Romney, almost 90% were white. In Mississippi, about 90% of whites voted for Romney. Through most of those areas that are green in the pre-Civil War map above Obama either carried the white vote or came close.

From the 1968 presidential campaign on, Republicans have waged a quiet war based on ethnic identity. It gave them a long string of victories, but now they are in retreat. You can expect them to shout defiance from their gerrymandered congressional redoubts and safe senate seats in the old South. You can expect ethnic panic to help them turn out the troops when liberals are distracted.

And you can expect them to make decisions that seem foolish to experts who fail to understand how politics are framed in the conservative mind.

There is one glimmer of hope. It appears Barack Obama,  having tried Fisher's advice, may be realizing the mindset of those he's dealing with.

Obama has seen his opponents use the opposite strategy.  When they created the debt ceiling crisis, they knew that America had no trouble borrowing money, and I doubt anyone actually believes there would have been Republican opposition to raising the ceiling if there had been a Republican in the White House. No doubt they also realized it would harm the public's view of the Republican majority in the House, but you see, they thought it would hurt President Obama more.

And consider the folly of trying to get the modern-day Republican Party to agree to this:

About what? Global warming? Budget projections? The observed effects of tax cuts since 1980? Evolution? Pregnancy resulting from rape?

The truth is, modern-day Republicans  take a view toward truth that is very like one I first ran into in dealing with Marxists (although I've since learned that fascists held similar views in the 1930s, I suspect Young Republicans learned it from campus Marxists.)

It is the view that there is no objective truth, that even science reflects the power structure. Deconstructionists won't even tell you their method, because, you see, having a method for finding truth means you've become part of the power structure.

Which leaves us with this final advice:

Because that's where you may end up.