Fed up with the Fed: The politics of interest rates

The Federal Reserve Bank is supposed to be an apolitical, technocratic organization that does things like attempting to control the money supply and keeping inflation in check. But that's not what the public statements from the agency sound like right now. They sound like politics.

At the center of central banking right now is the notion that the best way to conduct monetary policy is with inflation targets. The current inflation target is 2%. That target is supposed to be symmetrical, that is, undershooting is supposed to be as bad as overshooting. You can bet if inflation were running 10 times that, there would be a huge panic and the Fed would go to any lengths to set things right.

But with inflation running .2%, or one tenth of the target, the Fed is indicating that it will raise interest rates this month.

Think about that. Inflation is running two-tenths of one percent, according to the core Consumer Price Index, yet central bankers are giving every indication that they plan to raise rates.

But the CPI isn't the only inflation indicator. They are also concerned with the non-accelerating inflation rate of unemployment, or NAIRU. And the assumption is, with a lot of people getting jobs, wage inflation will need watching. After all, inflation targeting replaced full employment targeting because of the wage-price spiral of the early 1970s.

And there is a small spike in wages, which are increasing at an annual rate of 2.3 percent. 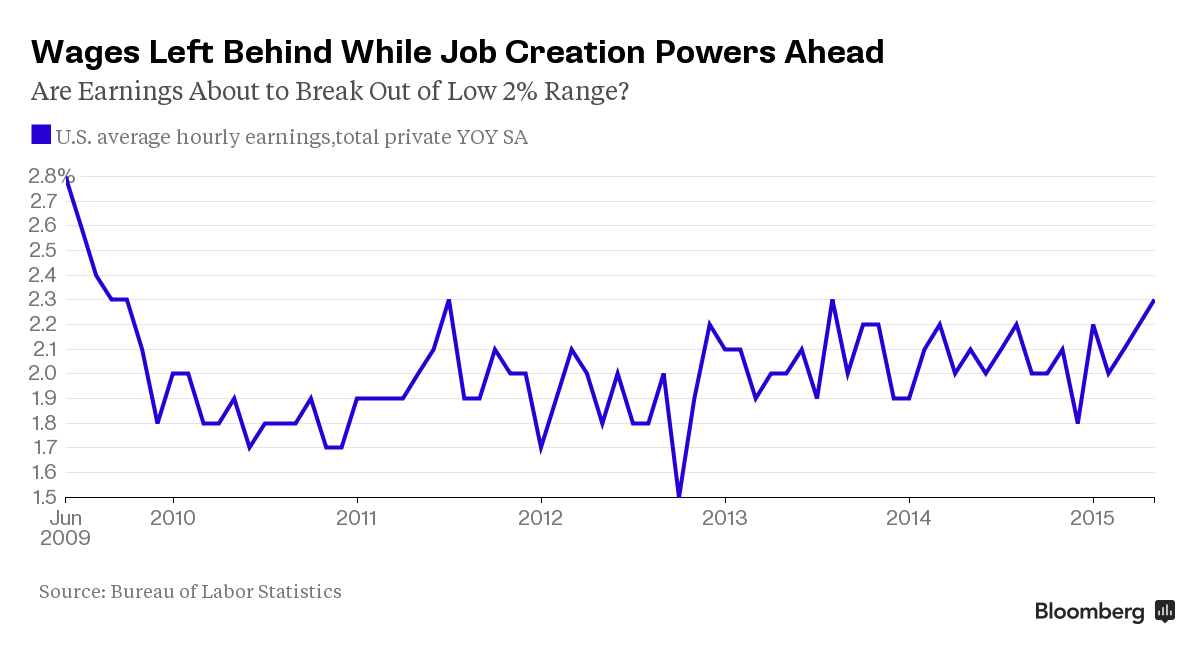 I'm not an economist, but as an outsider, my reaction is, of course not! Yes, wages are increasing at a rate of more than the magic 2% number, but there is no wage-price spiral. Price inflation is almost non-existent.

Furthermore, wages have a lot of catching up to do. Consider what has happened since the Fed started worrying about the NAIRU: 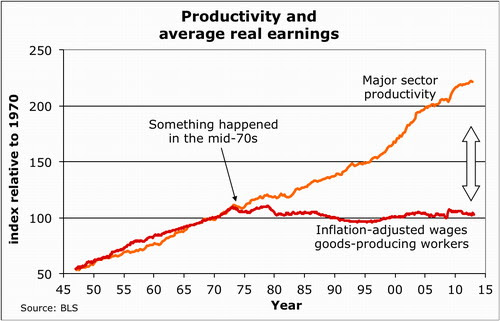 The inflation-adjusted value of hourly wages has remained flat or declined slightly since the NAIRU concept gained wide acceptance. Meanwhile, productivity has roughly doubled. If wages had increased as rapidly as productivity, American hourly workers would be making about twice as much money. The NAIRU is obviously not the whole story here, but it is one component of a political movement to increase inequality, which I explored here.

Consider the despair that has led to a decline in the life spans of non-college-educated middle-aged whites in this country. While everyone else has been living longer, they have been facing shorter lives. This is a symptom of despair. Here's a Washington Post chart that shows just how anomalous this is: That chart is from a study conducted by Nobel Prize winner Angus Deaton and his wife, Anne Case.

"Drugs and alcohol, and suicide . . . are clearly the proximate cause,” said Deaton,

These are symptoms of despair. Average male wages, in inflation-adjusted terms, peaked in 1973:

But why should they feel hard done by? Aren't they making nearly as much as their fathers?

Well, look at this: 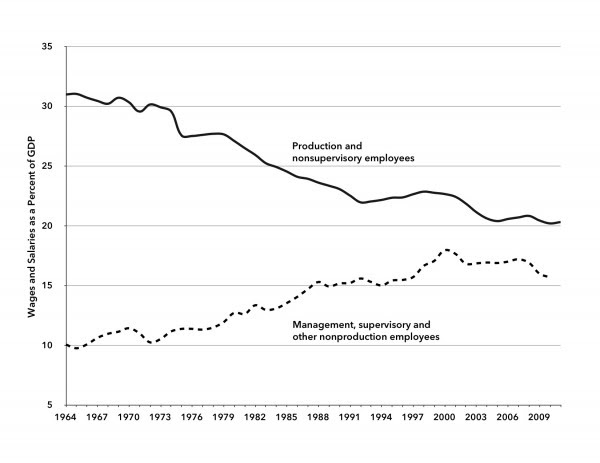 Nonsupervisory employees, by definition, have a boss. And compared to the boss, they seem to be doing worse every year, no matter how hard they work.

This is a major decline in positional status. People can't help comparing themselves to those around them, and compared to their bosses, working-class people are going down, down, down.

Their power in the workplace keeps declining as union membership declines, and more states are adopting legislation hostile to unions, such as "right to work" laws. At this point, the only way to restore that power would be to have a tight labor market.

So, do we have that?

Not with a labor force participation rate of 62.5%. So, why is the Fed raising rates, when the inflation rate is close to zero?

Well, banks are begging for an increase, because they make very little money in a low-interest environment. So are people who earn a substantial amount of money from interest, which would be people with a very large amount of savings, that is, the rich.

These are powerful interest groups, but I don't think that's a complete explanation. I think the logic that gave rise to inflation targeting and the NAIRU has permeated central banking to the point where we've had what amounts to agency capture by, not just the banks, but the 1%, that is, the banks and the people with a lot to invest.

That's what I explained in my earlier post on the political movement to increase inequality, here.