An easy-to-build alternative to the Blanchard Junior Knockabout

As some of you know, the backbone of the fleet at the Center for Wooden Boats is the Blanchard Junior Knockabout. The Woodenboat Forum even had a thread from a man whose wife learned to sail in the program I helped start, Sail Now, asking where he could find one.

The boats are sufficiently well known that a fellow from Portugal has made a model of one:

A thread that I unfortunately missed at the time.

They were designed by Norm Blanchard, and built at his yard from 1938 through 1952. They were designed for livery service, and are just about ideal for that and for sailing instruction. They have a simple rig, with the boom high enough not to hit the passengers, a low-aspect keel that doesn't stall easily, enough ballast to be stable and forgiving, a big rudder that is effective for sculling out of irons, and a comfortable cockpit.

No attempt was made to make them particularly fast, though they seem to sail about the same Portsmouth Yardstick rating as a Rhodes 19. They don't carry a spinnaker or genoa, they aren't set up for hiking or trapezing, they just do the job of a livery and instruction boat really well, because they are such good daysailers. They also have the spoon bow that was standard on fast yachts from the 1890s through the 1960s, which gives them a classic look.

Since none have been built since 1952, they aren't widely available. So, because I mess about with Delftship for fun instead of playing Angry Birds, I've been working on a stitch-and-glue version that could be built quickly and with minimal skills and which I hope captures the look, the feel, and the virtues of the Blanchard Jr. Knockabout.

Here's a cartoon of the boat with the rig: 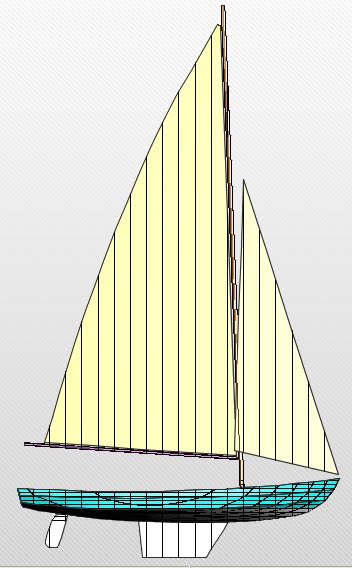 For comparison, the Blanchard Junior rig: 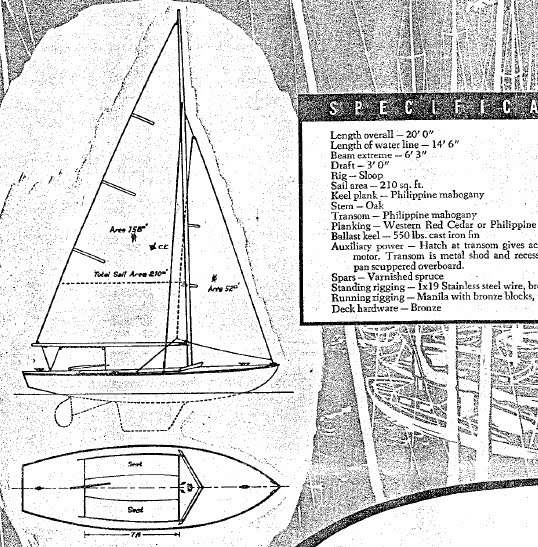 Lines of the Blanchard Junior Knockabout: 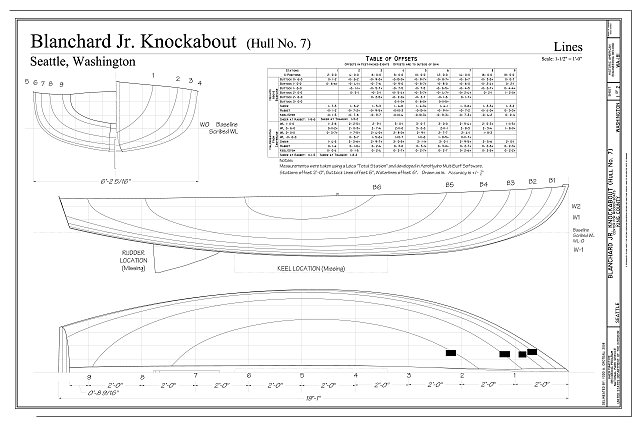 Too bad I don't have the money to build it.