Any sufficiently understood magic is indistinguishable from technology 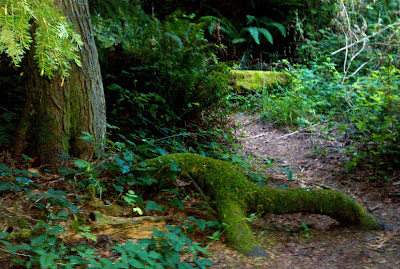 In the forest of my youth
every gnarled primeval root
was the bones of some nightmare beast
defeated by the valorous feat
of an eldritch power to me unknown
that might next turn upon my home.

The forest trail's now wide and plain
a garden path in all but name
and I can name that eldritch power
against which stands no wall or tower
in which I've lived, both boy and man
which sifts away like grains of sand.

Its power is greater than I dreamed
but isn't frightening as it seemed.
Magic, if understood by me
seems like mere technology.
Email Post
Labels: poetry