On the illusion of the self: The Strangeness of being human #27 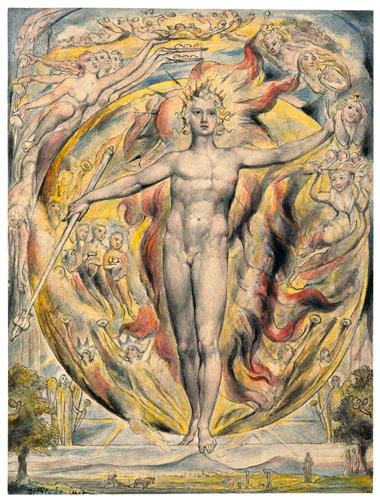 As we discussed in an earlier post, Julian Jaynes introduced the intriguing concept of the origins of consciousness in the bicameral mind. He supposed that brains worked differently until about 1200 BC, that the part of the brain that produces hallucinations was speaking to us with the irresistible compulsion of the voices of the gods.

This represented a different sort of mind than we now experience, a mind without the metaphorical self-narrating person in our heads.

This brings up several questions. Jaynes claims that only the mentally ill still hear voices from that part of the brain, which is not much used by modern humans. But surely the part of the brain responsible for these hallucinations existed prior to human culture. What role did it play before that, and what role does it play in the style of perception used by animals other than man? Is it part of a system of perception for a spiritual world that is real, or the source of the invention of the spiritual?

There was a case a few years ago in which a man was accused of raping a woman with multiple personality syndrome. What had happened was that the accused had started having sex with the woman's adult personality, then asked to speak to her little girl personality. The woman had consented to have sex in one personality, but not in the other – in fact, that personality was incapable of consenting to sex. The man was convicted, but the conviction was overturned.

That the woman had shattered into several personalities is considered pathological, but what if a single, well-integrated personality is as much an hallucination as the gods were? Does that mean that neither is real, or that both are real, or something in between?

I propose that both are ways of constructing reality. Scott Adams says that religion is a pretty good interface with the world, and I suspect that for many people it is. Think of it as a graphical user interface. The real world of computers is a world of 1s and 0s, but this is not a way of thinking about computers that enables us to work smoothly with them.

Similarly, the world we perceive is one of differing amplitudes and frequencies of light and sound, of the atoms we are composed of interacting with the atoms of other objects. Who knows, it may even be one of our spirit interacting with other spirits, though I see no particular need to suppose this. We have several levels of perception, memory, and constructing all the evidence of our senses into a narrative that “makes sense” of our lives. The product of all this is a useful interface, a sort of useful illusion of the world.

When societies became larger and needed coordination beyond the clan level, we developed institutions and patterns of behavior that made that possible, resulting in the great age of religion, which gave societies a sort of group mind.

This group mind gave us a structure that allowed stable societies of great size to develop, but it was not adaptable. As Jaynes pointed out, in the Iliad, there are almost no references to individuals having motivations that were not the gods dictating their actions. The later Ulysses is all about one clever, adaptable individual making his way through changing circumstances that his gods did not issue instructions for.

About the same time, the great age ofprophecy began, and for about a thousand years, new religions told people how to act as individuals. And those religions focused on human prophets, less than on ethereal gods. Mohammed gave the word of God to Muslims, Jesus gave the world of God to Christians, and while Siddhartha had no brief agains the Hindu gods, his followers focus on his teaching more than on worshiping those gods.

Each, in his own way, taught people not to be selfish. It may have been literally unthinkable in the age of myth to be selfish, but in a world where adaptable individuals made their way, it was an ever-present danger.

We live in a transitional era, when adherents of the prophets are worried about the relentless rise of unbelief, when prophets of the Singularity are trying to invent an entirely material god, when atheism is no longer the creed that dare not speak its name. Reason rules our world more than myth, although often, it is motivated reasoning that seeks out desired conclusions.

But what role does reason really play? Often, our reason justifies things we already want to do, but have not consciously acknowledged. What if, when we spoke to the gods to get our guidance, the same thing was happening there as happens when we talk to ourselves?

If Jaynes was right about the literary evidence pointing to a different sort of mind prior to 1200 BCE, it may be that it was a different way of integrating a personality than our current mode, rather than a completely different way of using our brains.