The decadence of conservatism, bad-ex syndrome, and the size of government 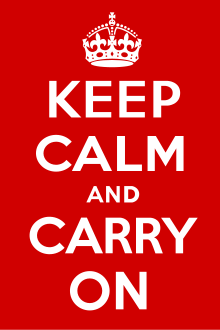 We have an ongoing controversy about upping the debt limit so that the federal government can pay its bills. Mind you, Congress and the White House agreed on the budget back in December, so the size of the budget under which we are operating is already set. The controversy is really about whether to pay our bills.

The actors in this comedy talk as if it were about our government spending more than it should. Now, much of government spending (Medicare, Social Security, unemployment insurance) is not discretionary. It's set by law, and if we want to change it, we can't just put new numbers in the budget, we have to change the laws that determine what the government must pay. So rather than discuss the total budget as a raw number or as a percent of GDP, the best proxy for government growth might be how many people are on the federal payroll.

The above table, (which you can click on to make it larger and easier to read,) is from a 2006 study titled The New True Size of Government, by Paul C. Light, founding director of the organizational performance initiative, Paulette Goddard professor of public service, Robert F. Wagner Graduate School, New York University (try saying that in one breath!)

Prof. Light's study is important, because, as he notes, "The federal government does not use contracts and grants just to procure needed goods and services, however. It also uses contracts, grants, and mandates to state and local governments to hide its true size, thereby creating the illusion that it smaller than it actually is..."

As a result, it's not that easy to just ask the simple question, "how many people does the federal government employ?" Prof. Light had to do some digging, and this table reflects a lot of digging and a certain amount of calculation using educated guesses. I encourage you to read the entire study, so that you understand his methodology.

How did this come about?

The decrease happened in Bill Clinton's presidency. It was not entirely voluntary. A Republican-held House of Representatives refused to up the debt ceiling until he agreed to cut the deficit, both by cutting spending and by increasing taxes.

The increase in the number of people on the federal payroll happened at a time when the Republican Party controlled the presidency and both houses of congress. Yet how can this be, if they cared so much about the deficit that during Bill Clinton's administration, they shut down the government?

O'Neill says that Cheney cut him off, and said "You know, Paul, Reagan proved deficits don't matter." A month later, in December of 2002, Cheney told him he was fired.

Reagan, of course, did think deficits mattered. In response to increasing deficits in the wake of his 1981 tax cuts, he signed the Tax Equity and Fiscal Responsibility Act of 1982, which increased revenues by closing tax loopholes. He responded to the failure of supply-side economics with a pragmatic policy. By the standards of Grover Norquist, that would be a tax increase, and for modern Republicans, verboten.


There has been a sea change in the Republican Party. What was once a conservative movement with basic principles that guided its policies has become a conservative apparatus that seeks to benefit its members and its donors. It has, in short, become decadent.


It's current policies bear less resemblance to Reagan's than to those of a bad divorced parent who wants to manipulate situations so that he can play Santa to the kids while his ex is forced to play the Grinch, something we might call bad-ex syndrome.


When a Democrat is president, the deficit is an emergency, and popular programs must be cut. In the 1990s, unpopular taxes also had to be passed. People tend to blame the direction of the country on the president rather than on their local representative, so the object was to force Clinton to sign legislation that would make Democrats unpopular.


Under Bush, deficits didn't "matter" because a Republican was president, and a Republican congress wanted him to play Santa, with tax cuts all around, Medicare Part D (projected cost from 2009 through 2018 is $727.3 billion, none of which Bush planned to pay for with taxes.) Bush put two wars on the credit card as well, and ten days after the 9/11 attack he told Americans to "Get down to Disney World in Florida." As a way of saying, keep calm and carry on, like the famous London posters from the Blitz, that wouldn't have been too bad. But he asked no sacrifice except from our troops, not even a willingness to pay some part of the cost of the war with taxes.

The message from Republican leaders now, is don't keep calm, don't carry on, the budget is an emergency, only not such an important one that we should be willing to pay higher taxes to solve the problem. After all, they saw how that turned out for Clinton -- far from harming the economy and making him unpopular, the policy coincided with an improving economy that helped restore his popularity. They certainly don't want to see a replay of that, so they've decided that not only is the budget in crisis, the obvious way of solving the crisis, a mixture of spending cuts and tax increases, is not to be allowed.

The alternative is to keep calm and carry on, treat the national debt as a problem that needs to be solved and explore all options for solving it. But then no one would be Santa, and no one would be the Grinch.