The missing memory palace: Publishing in the twilight of the printed word continued

The first cyberpunk novel I read was Count Zero, the second in a William Gibson trilogy that established the sub-genre. In it, hackers didn't need to be terribly literate, because they navigated a world of virtual reality, breaking into data fortresses with the aid of programs that allowed them to do it as if entering a physical place.

But while many credit Gibson with anticipating the internet, the world of the internet isn't like that at all. It has no geography. As Mark Changizi points out in this Psychology Today essay, what we do on the web is more like beaming ourselves to the surface of a planet than like walking through a memory palace.

As Changizi points out, this applies as well to e-books.:


And not only is the web not spatial or navigable, but the new reading experiences within documents have lost their spatial sense as well. Html and variants used in e-books shift their location relative to other text depending on font and window size. Need to jump to that part of the book where they discussed cliff jumping? You will get no help from the local topography, but you can beam yourself directly there via a within-document text search. 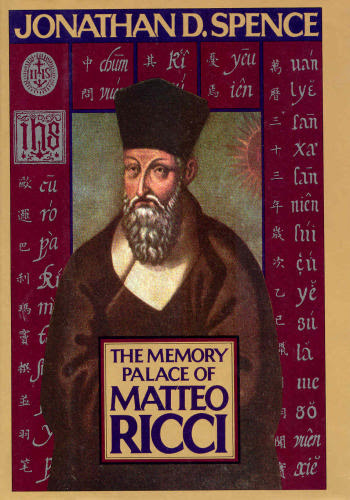 Easy access to books means we no longer engage in the method of loci, the construction of memory palaces, in any formal sense. In fact, books do this for us. We navigate them spatially, and remember our knowledge by the landmarks of the location in the text block, the illustrations near that bit of data, and the position of the paragraph on the page.

I received a Kindle for my birthday, and enjoying “light reading,” in addition to the dense science I read for work, I immediately loaded it with mysteries by my favorite authors. But I soon found that I had difficulty recalling the names of characters from chapter to chapter. At first, I attributed the lapses to a scary reality of getting older — but then I discovered that I didn’t have this problem when I read paperbacks.

When I discussed my quirky recall with friends and colleagues, I found out I wasn’t the only one who suffered from “e-book moments.” Online, I discovered that Google’s Larry Page himself had concerns about research showing that on-screen reading is measurably slower than reading on paper.

And yet, this does not seem to be inherent in the nature of the medium. William Gibson's cyberpunk novels might point the way, be even more so, the method of loci would seem to. Of course, e-readers will have to be more powerful to handle the graphics to give e-books a memory palace for the information they contain, but that seems like an obtainable goal. After all, a memory palace is a kind of virtual reality created in the mind. We must learn to replicate it in e-books, or e-textbooks are not a good option:


Kate Garland, a lecturer in psychology at the University of Leicester in England, is one of the few scientists who has studied this question and reviewed the data. She found that when the exact same material is presented in both media, there is no measurable difference in student performance.

However, there are some subtle distinctions that favor print, which may matter in the long run. In one study involving psychology students, the medium did seem to matter. “We bombarded poor psychology students with economics that they didn’t know,” she says. Two differences emerged. First, more repetition was required with computer reading to impart the same information.

Second, the book readers seemed to digest the material more fully. Garland explains that when you recall something, you either “know” it and it just “comes to you” — without necessarily consciously recalling the context in which you learned it — or you “remember” it by cuing yourself about that context and then arriving at the answer. “Knowing” is better because you can recall the important facts faster and seemingly effortlessly.

“What we found was that people on paper started to ‘know’ the material more quickly over the passage of time,” says Garland. “It took longer and [required] more repeated testing to get into that knowing state [with the computer reading, but] eventually the people who did it on the computer caught up with the people who [were reading] on paper.”


Perhaps this can be changed by adopting the technique of medieval scholars and cyberpunk novelists, turning books into a geography of imagination. A geographical user interface?


More on publishing in the twilight of the printed word: