Stories, language, parasites, and the recent election (more on the strangeness of being human)

Now, this (by Greg Sargent) is interesting:

Obama guru David Axelrod is a believer in the centrality of storytelling to politics — he has been described as “the keeper of Obama’s narrative.” Faced with terrible economic conditions and an implacable opposition, Obama’s brain trust knew Obama would only survive if he ran a scorched earth campaign designed to tear apart his opponent. But the Obama team also married this to an uplifting narrative about Obama that appropriated the very economic and political obstacles he faced.

As long-time readers of this blog will be aware, I'm thoroughly convinced that telling each other stories is the way we construct our world.

The campaign we've just watched was between Barack Obama and someone who felt those stories were infinitely malleable,  to the extent that Mitt Romney ran as one person in the primaries and introduced an entirely different persona, "moderate Mitt" in the first debate, intending to Etch-a-Sketch away the previous image of him. In addition, throughout the campaign, he was relying on quotes from his opponent taken out of context, statements that could be construed as narrowly true but intended to convey falsehoods, and outright lies, which were chronicled by Steve Bennen week after week.

It seemed to work with a lot of people, but the people it didn't work on were those who had been recipients of the Obama narrative in an intense advertising blitz, residents of battleground states like Ohio.

I'm not a big fan of the electoral college, but it does have the advantage of concentrating the efforts of the campaigns in a small enough community that by the time the election rolls around, there are few low information voters in those battleground states.

In political punditry there's a lot of loose talk about "authenticity," which can be interpreted as being (or not being) "one of us" or being authentic in terms of meaning what you say. Conservatives seem to most value the "one of us" interpretation. Liberals tend to value the "meaning what you say" interpretation. And not surprisingly, we saw the conservative side of the recent election try to define President Obama as "the other," while liberals sought to portray Romney as another kind of phoney, a liar. The conservative interpretation of Obama seems to have resonated only among conservatives. The liberal interpretation of Romney actually agreed with the assessment of his Republican primary opponents.

People, we are told, don't like a phoney. Mind you, they frequently elevate phonies to high office, so I'm not so sure it's true, but it does seem to me that this is an attempt to deal with a very basic thing about communication: Lies are parasites on the communicative process.

A lie is a falsehood camouflaged as truth, disinformation disguised as information. The typical lie is intended to influence the behavior of the one who hears it to the benefit of the one who tells it, an effect it cannot have unless it is mistaken for truth. And like other parasites, lies can bleed their host dry.

Language exists to convey information. It works because the hearer trusts the speaker. President Obama has maintained a fairly high favorability in the polls even though he hasn't been able to get the unemployment rate much under 8 percent, in part because people sense a decency and honesty about him. Romney tends to do poorly on measures of favorability, so perhaps people interpret him as less reliable as a speaker. Based on his campaign's rejection of "fact checkers," they had every reason to.

Language, and the strange, symbolic world we have created with it, is the most distinctive characteristic of human beings. A man who undermines that is about as good a friend to voters as a praying mantis is to small insects. 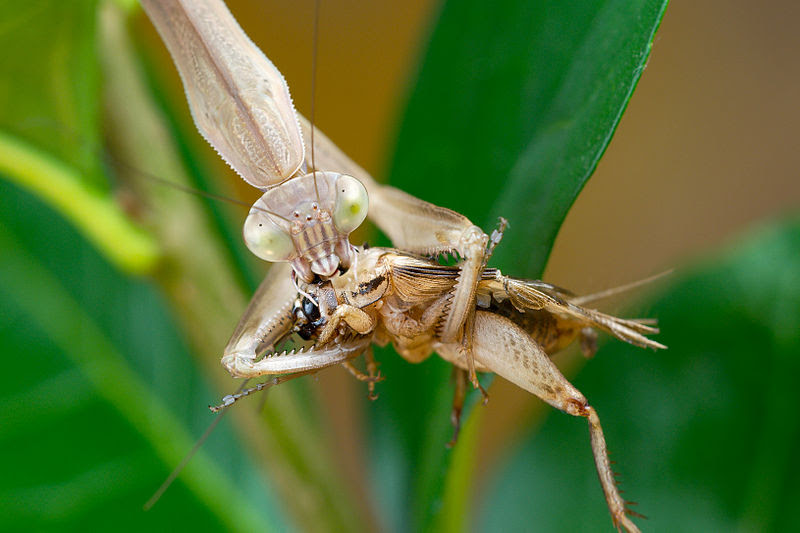